Benjamin Banneker was born free in November 1731.  He was an essayist, inventor mathematician and lay astronomer, and because of his intellect, he  was called a sable genius.  While still a youth he made a wooden clock that was said to kept accurate time.  This clock is believed to be the first clock wholly made in America!!! Now, this is a little known black history fact.

In his forties, with some books that were lent to him by Ellicott’s of Maryland, he became a proficient mathematician, able to solve any problems submitted to him.  Banneker started publishing an almanac in 1781, which he continued until 1791. While publishing his almanac, Banneker also published a treatise on Bees.  Deeply interested in natural phenomena Banneker did a mathematical study of the 17 year locust and became a pamphleteer for a peace movement.  It was well known that Banneker had a very unusual life style.  By night Banneker could be found wrapped in a cloak, studying the stars until dawn, by day he slept and worked on mathematical problems and received people that were curious.  Legend has it people came from near and far to see this strange genius.  Banneker never married but was said to be a most charming host.  It was noted that he received his quest in his full suit of drab cloth and wearing his beaver hat and carrying his cane.  History records that Banneker would show visitor around his large farm which he subsequently sold in order to devote all his time to his scientific pursuits. History also notes that Banneker was aware of slavery and its evils.  In 1791, he wrote his famous letter to Thomas Jefferson in which he declared that if Jefferson’s liberalism were true,’ note I apprehend you will embrace every opportunity to eradicate that train of absurd and false ideas and opinions which so generally prevail with respect to our universal father hath given being to us all; that God not only made us all one flesh, be that God hath also without partiality afforded us all with the same faculties and that, however variable we may be in society or religious, however diversified in situation or color we are all the same family and stand in the same relation to God.  Banneker died in 1806.  That famous letter to Jefferson did not end slavery but it did indicate to even the most skeptical that possibilities with in the Negro. / When left free and unfettered.  Soul tic-magazine salutes Benjamin Banneker for being one of the first Black men in history to stand up for his religious beliefs, his country, his convictions and most of all his race. 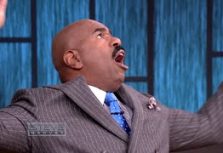